“Once again, Safeco’s agencies have shown their commitment to our communities – and especially to the needs of the young and the sick – by donating to such a venerable organization as St. Jude Children’s Research Hospital that serves so many families’ needs in the Carolinas,” he said.

The five agencies involved in the grant are:

“St. Jude’s mission is to treat serious childhood illnesses and research cures for cancer and other diseases, and Safeco’s generosity is much appreciated,” said Ashley Cannaday Trotter of St. Jude’s development office in Charlotte at an event in which Safeco presented its $5,000 grant.

“Safeco and our agent partners are proud to provide this grant to St. Jude and help their efforts to provide research and patient care for children with cancer,” said Paul Hollie, Safeco Agent Giving manager.

The Safeco Agent Giving Program provides grants to nonprofit organizations that primarily support youth and people with disabilities with an emphasis on education and after-school programs, health and safety, and civic and cultural programs.

In business since 1923 and based in Seattle, Washington, Safeco sells insurance to drivers and homeowners through a network of independent agents and brokers in eight regions throughout the United States.

St. Jude Children's Research Hospital®, founded by the late entertainer Danny Thomas, is one of the world's premier centers for the research and treatment of pediatric cancer and other catastrophic childhood diseases. St. Jude is the first and only pediatric cancer center to be designated as a Comprehensive Cancer Center by the National Cancer Institute. Children from all 50 states and from around the world have come through the doors of St. Jude for treatment, and thousands more around the world have benefited from the research conducted at St. Jude - research that is shared freely with the global medical community. St. Jude is the only pediatric cancer research center where families never pay for treatments that are not covered by insurance. No child is denied treatment because of a family's inability to pay.

Working together under one roof, our physicians and scientists have pioneered treatments that have helped push the overall survival rates for childhood cancers from less than 20 percent when the hospital opened in 1962 to 80 percent today. The survival rate for the most common form of childhood cancer, acute lymphoblastic leukemia, has risen from just 4 percent in 1962 to 94 percent today.

From press release to home page

Have your say about what you just read! Leave me a comment in the box below.
[?]Subscribe To This Site's Feed 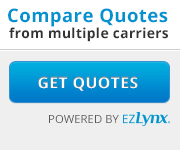